DigiCollect was born of the conviction to be legendary and exploratory in developing industrial solutions across our focus areas. Our solutions are comprehensive, highly intelligent and are built for the Industrial Internet. Our aim is to enhance productivity, lower costs and decrease inefficiencies across our focus sectors.

DigiCollect is a portfolio company of ACO Investment Group. DigiCollect is one of Asia’s top-notch premier technology company established to develop frontier technologies and consulting services in energy, utilities and infrastructure segments. At DigiCollect, Our focus is technology solutions range from Big Data and Cloud Computing, Mobile and e-Commerce, SCADA and Monitoring, GIS, Remote Sensing and Drones, Scientific Visualization and Hi-tech to build the next generation of Intelligent Industrial Internet solutions 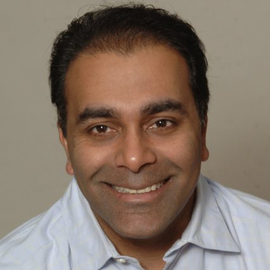 DigiCollect, also founded by Hari Achuthan has built a fully digital ERP platform and proprietary applications for the power sector. These applications along with licensed patents from Oak Ridge National Labs and University of Tennessee provide the next generation smart grid technologies that are going to be absolutely critical for grid modernization and autonomous grid management with eventual switch to 100% renewable generation. Oxaio Networks is currently developing backbone ISP infrastructure in Myanmar and soon will be expanding its efforts in the United States and Africa with a core focus on quantum computing technologies.

In 2009, Hari was selected as one of the emerging leaders at Credit Suisse Asset Management and named one of the “Rising Stars in Public Pensions” by Money Management Letter. During his tenure at Credit Suisse Securities (USA) LLC, the firm was consistently ranked as a top provider of pension strategies and transition management services. Hari has a B.S. in Applied Economics from Hofstra University and was a member of the Hofstra Football team from 1991 – 1994.

He has volunteered with the Jacksonville Police Athletic League and has been a frequent guest lecturer at Louisiana State University School of Business. Hari has also authored a series of papers on the transition management industry which have been published in Institutional Investor and Pensions & Investments.


Thirumoorthy Ramachandran, (Thiru) is the Managing Director of ACO Investment Group and the head of Convalt Energy’s India Operations. He has over 30 years of experience in the power sector of India. Previously Thiru has served as a renewable energy sector advisor for Larsen & Toubro, one of the largest EPC firms in India. He has also sourced more than 15 solar transactions while working at Sterling & Wilson, a company owned by the Shapoorji Pallonji Group. Prior to that he has worked for companies such as Caterpillar, Detroit Diesel Corporation, Kohler Power Systems and Mitsubishi Heavy Industries.

Throughout his career he has developed an extensive network across India in the power sector and has delivered power solutions for corporate and government entities. He is a member of the Institution of Engineers, Institution of Automobile Engineers and Society of Automotive Engineers. Thiru has published technical papers on topics such as diesel generator sets and solar power. He has completed his Bachelor of Technology from MIT Chennai in Automobile Engineering and his Master’s Degree in Technology from IIT – Mumbai, specializing in I.C. Engines.


Mr. Ramachandran Radhakrishnan is the CFO of ACO Investment Group (ACO), a director, shareholder and company secretary of all of ACO’s subsidiaries in India including Convalt Energy, DigiCollect and Redan Infrastructure Private Limited. Mr. Radhakrishnan is a Chartered Accountant & Company Secretary with a proven career in formulating & implementing effective strategies, policies and roadmaps. In his role, he is responsible for all financing and structuring of the subsidiaries and affiliates of ACO. Mr. Radhakrishnan became a Fellow of Chartered Accountants (F.C.A.) in 1981.

Mr. Radhakrishnan has been a consultant to companies like MaxLife from 2018 till 2020. Immediately prior, Mr. Radhakrishnan worked at Alfred Herbert (India) Ltd., Bangalore as CEO and Secretary from 2014 till 2018 and turned around the company across all aspects like commercial, market improvement and system improvement with the support of manufacturing managers and successfully revamped Alfred Herbert India Ltd within a span of 2 years. Mr. Radhakrishnan led profitability improvements & commercial functions, bringing change into the total systems & operations and tying-up collaboration agreement to improve the product profile. A key highlight during his tenure, he revived the Railways order with prompt follow-up & installation of new machines which would play into the organizational performance as an important vertical.

Between August 2006 and August 2014, Mr. Radhakrishnan was President-Commercial & Secretary and CFO of Vindhya Telelinks, a group company engaged mainly in exports of optic fibre & specialty cables and Commercial Head of Birla Ericsson Optical Ltd where he was responsible for commercial activities including purchase & other core competent areas in Finance, MIS, Secretarial and ERP Implementation, foreign currency exposure & strategy during challenging years. During his tenure, he led the funding for large defense orders worth over 1 Billion US dollars where the company was sanctioned the necessary limits for over Rs. 300 Crores of working capital within 1 month of application to the lenders. Mr. Radhakrishnan steered submission & follow-up of bank guarantees and entire financing of projects from State Bank of India for one of the prestigious projects in telecom cables business which was connecting the length &breadth of the company through optic fibre network (floated by a public sector company “Bharath Broadband Network Ltd.”). Mr. Radhakrishnan helped in obtaining an order from the Indian Army for value of nearly 0.75 Billion USD including bank guarantees runs into hundreds of crores of working capital requirement.

Mr. Radhakrishnan was Vice President-Commercial & Company Secretary of Kilburn Chemicals Ltd., between July 2004 till July 2006, where the company turnover during the tenure was approximately Rs. 200 Crores. During his tenure, he reduced the overheads cost & cost of production with innovative methods with Plant Managers and worked as In-charge of Personnel, Administration and HR activity; interacted with union for the revision of wages & charter of demands and implemented ERP for the company at a very low cost compared to market price.Mr. Radhakrishnan was a Finance Head at Diamond Motors, Tanzania between January 2003 till July 2004 and Group Finance Controller & Secretary between February 1993 till June 1995 at Karnataka Breweries & Distilleries Ltd., one of the largest distilleries in India. Mr. Radhakrishnan is a Fellow Member of the Institute of Chartered Accountants of India, Associate Member of The Institute of Company Secretaries of India and proficient in functionality of most ERP systems

Between 2001 and 2003, Mr. Radhakrishnan worked at TTK Group, a conglomerate of companies which manufactured pressure cookers, condoms, textiles, corrugated cardboard boxes, pharma products where he was Secretary to the corporate group reporting directly to the Vice Chairman assisting on financial and management decisions. Mr. Radhakrishnan also worked at JK Fenner from 1984 to 1991 as Deputy Manager Accounts and Company Secretary for the subsidiary of Fenner, gaining hands on experience in preparation of CMA data to banks and various MIS information apart from annual audits and internal audit functions. His first job after chartered accountancy was with Lovelock & Lewes, a group entity of PwC and Coopers & Lybrand.


Clas Rönnlöv is a Director at ACO Investment Group and a Director of Corporate Finance at Convalt Energy. Clas is a former Citigroup executive who has spent more than 27 years at Citigroup as a senior banker. His experiences include being Citi Country Officer and Managing Director for Citi in Sweden from 2006 – 2014. Clas was also the Citi Corporate Officer and Managing Director with full P&L responsibility, as well as responsible for marketing, risk, compliance and control and overseeing all of Citi’s operations in Sweden.

From 2004 – 2014, Clas was head of Banking and responsible for marketing Citi’s products to Swedish clients globally while also performing the role of Risk Officer with sign off for all Swedish clients.

Clas was educated at Stockholm University where he completed his degree in Macroeconomics in 1987. Clas was on the board of Swedish Banker’s Association from 2008 – 2014, American Chamber of Commerce since 2012, Ivaldi, Ivaldi Master, MSK and Armas since 2012 and GotaTraneberg Ice Hockey Club from 2008 – 2014.


Ysabel Métais Tilloy is the General Counsel of ACO Investment Group and its portfolio companies including DigiCollect. Ysabel has almost 20 years of professional experience as a lawyer, advising companies in business and contract law, intellectual property law (copyright and trademark) and information technology including Internet, e-commerce and data protection. Her practice encompassed transactional as well as litigation matters.

Prior to joining ACO and Convalt, she worked with well-known US, UK and French law firms in Paris, such as August & Debouzy or DLA Piper, where she advised and represented major players in varied service and consumer goods industries, including banking, software, video game, e-commerce, luxury, hotels, airlines, retail apparel, medical services, press and media, film and entertainment sectors. She also worked for the United Nations Security Council and General Assembly in New York.

Ysabel is a dual citizen of both Switzerland and France. She speaks French, English and Spanish.

Michael Wiser is a Chief Strategy Officer at ACO Investment Group and its portfolio companies Convalt Energy and Lincoln Infrastructure and DigiCollect. Mike in his role is focusing on the strategic development of various renewable power and construction projects with the federal, state and municipal governments, and large corporations. Prior to joining Convalt Energy, Michael was a United States Army Colonel with a distinguished 29-year career as an Infantry Officer. During his military career he conducted world-wide operations in Kazakhstan, Haiti, Kosovo, Republic of Korea, Saudi Arabia along with four combat tours to Iraq.

Mike’s final position with the U.S Military was as the 10th Mountain Division Chief of Staff at Fort Drum, NY where he was directly responsible for synchronizing day to day operations as well as the training, welfare and morale of over 19,000 Soldiers and for managing a multi-million-dollar budget. Mike previously commanded a 550-Soldier task force, the 1st Squadron, 73rd Cavalry at Fort Bragg, NC where he was responsible for the health, training, and maintenance of the task for to maintain high readiness as a part of the nation’s Global Response Force.

Mike has extensive management experience in large organizations from managing tactical to strategic levels of operations where he led planning teams, managed resources, and solved problems quickly and efficiently. Mike is highly adept at putting together implementation teams to solve large, small and complex problems.

Meredith is an advocate for military spouse employment and is dedicated to supporting the military community. In 2021, Meredith was recognized as one of Northern New York Business magazine’s 20 Under 40 Emerging Leaders for her commitment to supporting the Fort Drum community. She has helped hundreds of military spouses and veterans to navigate the employment process. She has ample experience providing trainings on communication strategies, digital networking, and professional development. Meredith has her MA in English, BA in Communication, and is a Certified Digital Networking - Professional (CDN-P). She has received multiple recognitions for her community service endeavors, including Fort Drum Volunteer of the Quarter, President’s Volunteer Service Award, and Hiring Our Heroes Military Spouse Professional Network Outstanding New Network of the Year. She also serves as the Secretary for the Thousand Islands Habitat for Humanity and the Fundraising Chair for the North Country Spouses’ Club.

Contact us for help, additional info or assistance and we'll be with you in no time!